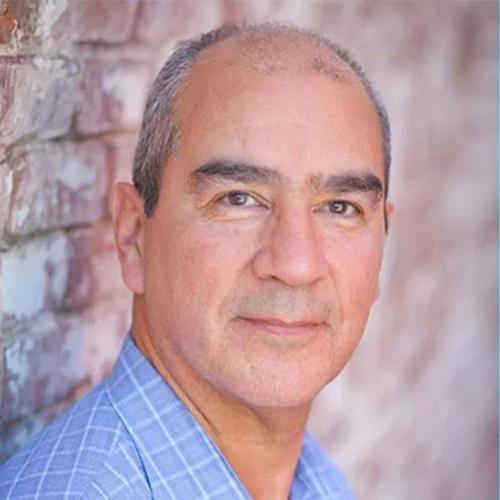 Greg Apodaca is an explorer in the latest frontier facing humankind, a frontier characterized by the exponential pace of change and resulting in the rapid evolution of our species and society.

Since he was a teen, Greg has been intrigued by the future. An essay by a futurist planted a seed in his head: his generation was the first to be able to harness technology to destroy the planet or to save the planet for the foreseeable future. In the year 2020, that technology has now been developed and all of society will be reimagined in the coming two or three decades.

As we step into this new and very different future – a future that holds both the existential threat of the climate emergency as well as the greatest economic opportunity in history – more than ever, the future is ours to create. Greg has committed himself to help create that future as one that includes an environmentally restored planet with resources shared more equitably than in the past.

As an adult, Greg has pursued a path to identify and reach for his full potential. He has immersed himself in personal growth and transformational leadership work for over two decades. He has started and facilitated leadership programs, led community-wide conversations aimed at creating a better future, coached dozens of individuals and organizations through transformative processes, and now he is combining that experience with a new model and set of tools, that of the Exponential Organization (Ex0).

ExO is a concept brought forth by thought leaders Peter Diamandis, Ray Kurzweil, and Salim Ismail. Derived from and practiced by industry leading organizations like Apple, Netflix, Lyft, and Uber, ExO is a mindset and model and set of tools with which to ideate, structure, and run organizations ten times better than competitors. ExO status is achieved using new technologies such as artificial intelligence, robotics, 3D printing, and several others that are disrupting business models and practices and are even being applied in cities and to communities at large. Greg is applying this model in a community-wide setting in greater Los Angeles, beginning with the communities of Pasadena and Altadena, where he lives and works.

Community 2.0 (C 2.0) is Greg’s new model for a community of people who realize that humanity is at a turning point. There is a very real possibility that our species may not be long for this planet, and it will be of our own doing if we perish. C 2.0 is for people who have experienced personal growth and transformation in their lives, and who realize that that transformation is best sustained in a group of kindred spirits and in a structure where sustained significance and a successful life and expected nurtured and supported. This model can be applied to any business, organization, or municipality.