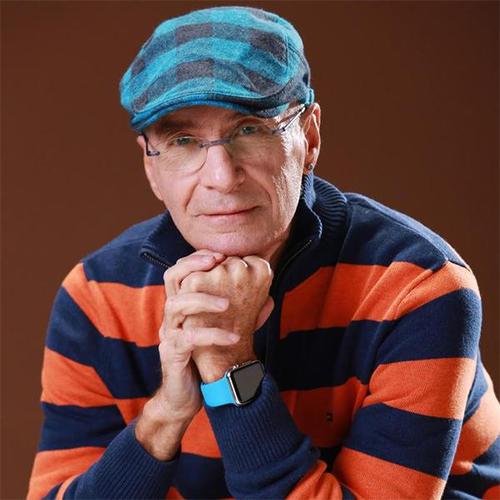 Today's Trends and the Future of Consumer Based Wellness Technology

Dr. Barrie for the past three years is an executive with Viome – an Artificial Intelligence Healthcare company, developing diagnostics and therapeutics for chronic disease, based on the body’s expression of mRNA. Dr. Barrie was in clinical practice during the mid-1980s as co-founder of the Great Smokies Medical Center, specializing in integrative medicine and clinical ecology. GSMC was the first large integrated anti-aging medical center in the United States. He is the founder and former CEO/Chairman of Genova Diagnostics (www.gdx.net), the world’s largest Functional Medicine clinical reference laboratory for physicians, which he started in 1986 to advance natural medicine and the scientific research of integrative and anti-aging medicine around the world. Dr. Barrie developed and patented many of the present-day laboratory tests used for understanding the root causes of many chronic diseases. Dr. Barrie is considered an expert in the field of Precision Medicine –- identifying an individual’s genetic susceptibility to disease; how a person will respond to a particular treatment; and what is the best treatment.

He has been a pioneer in promoting the concepts of preventive medicine, healthy aging, and early intervention as the most rational and cost-effective health care model. Dr. Barrie has been a keynote speaker in numerous International forums and as one of the founders of Functional Medicine presenting the scientific basis for Functional Medicine and sharing new ways to uncover the causes of common diseases. Dr. Barrie is also a New York Times and LA Times bestselling author of several health books including “7 Day Detox Miracle”, “Energize Your Life” and numerous scientific articles, which have appeared in major medical journals including The Lancet, Agents and Actions, and Medical Hypothesis. Dr. Barrie also pioneered the concept of “home” and “direct to consumer” laboratory testing and developed the first commercially viable SNP Genomic testing profiles for common diseases; was co-founder of iNutritionals, the country’s leading developer and provider of supplements and tools for brain health. He has been a consultant for the formation of several of the world’s leading medical health resorts.

Dr. Barrie was Chief Medical Officer for Peking Union Functional Medicine Centers and Clinical Laboratory, Beijing, China – establishing over 50 FM clinics throughout China and the largest private clinical diagnostic laboratory in China. He is considered a Foreign Expert by the Chinese Government and was issued a special residence Green card. Dr. Barrie also taught thousands of Chinese doctors about Functional Medicine, Anti-Aging, and genetics. He has been an advisor to the Chinese Minister of Health on integrating Functional Medicine into the Chinese healthcare system.